Within a 10-minute drive you are in Cecina for daily shopping. Penny and Conad are the nearest major supermarkets. Nearest bakery and butcher are in la California. Here is also some catering and a vet. Cecina is really a small town and here there are plenty of shops and restaurants. On Tuesday morning there is a large market in Cecina, which is frequented by both Italians and tourists. The nearest big city is Livorno. This is a port city that is definitely worth visiting, both for shopping and for history.

Bolgheri: enoteca Tognoni (has all Bolgheri wines). Magona (along the strada del vino, between Bolgeheri and Castagneto).

Link to a map of our favorite restaurants

The beach is of Marina di Bibbona is the closest beach (5 km). At Dogbeach Marina di Bibbona the dogs are also welcome. Other fine beaches are at Vada (spiaggie biance), Marina di Castagneto Carducci (Spiaggia Seggio, dogs allowed). San Vincenzo is a lot further south, but has fine sandy beach and a wooded dune strip. This allows you to recreate both on the beach and in the shade of the trees. In addition, there are also toilets and showers.

Link to a map with the different beaches

What else is there to do?

La Cerreta Terme di Sassetta. in a very nice natural setting you can relax here and enjoy the hot water baths and saunas. it is also possible to book an overnight stay. The road to it is an adventure in itself!

Calidario Terme Etrusche di Venturino. This is bigger wellnes resort and offers even more possibilities. Here, too, there is warm water from natural source.

Climbing forest near Cecina Nord; Il Giardino Sospeso in Riparbella (Pisa region). Also look at the wild boars that are kept nearby! By dusk they come out of the forest and these animals and their young can be seen up close. There is also the opportunity to walk.

Walking tours near Bibbona. In the Magona Nature Park there are several walking tours. Do put on a pair of good walking shoes and bring a good stick, because there are many height differences. The stick is not only for support, but also for possible. to scare away snakes!

The Tuscany region is a hugely popular holiday area among Dutch people. You will find a large number of beautiful cities and beautiful landscapes in this region.

Link to a map with all theme parks nearby.

Besides larger cities like Florence, Pisa and Siena, there are also lots of nice smaller towns in this area. Historical sites nearby:

In the picturesque Tuscan countryside, the medieval village of Castagneto Carducci is less than ten kilometres from the Tuscan coast. The village gets its name from the chestnut trees that you see a lot here and which were a source of inspiration for the Italian poet Carducci. A holiday in Castagneto Carducci is not complete without a visit to Castello di Castagneto, an imposing castle surrounded by greenery. Admire the beautiful gardens surrounding the castle and enjoy a nice cup of coffee or a glass of Chianti on the terrace. When night falls you look for a cozy restaurant in the city centre to enjoy a delicious Italan meal. Think of ‘pasta pomodoro’ or tagliatelle with seafood.

Bolgheri is now a sub-municipality of Castagneto Carducci and is known for its delicious wine. There are also quite a few interesting sights in this picturesque place. One of the most striking buildings in this place is without a doubt the Castello di Bolgheri. This castle was commissioned by the tombs of Gheradesca built in the thirteenth century. The coat of arms of these graves can be seen above the entrance gate. Over the centuries, the castle has been regularly refurbished and expanded, creating an impressive building. The tower with entrance gate is the last added element and was built at the end of the nineteenth century.

When you’re in Bolgheri, you can’t get around the Viale dei Cipressi. As the name implies, this is a long avenue with cypress trees on either side. According to many, this is even one of the most beautiful avenues in all of Italy. The avenue is about 5 kilometres long and was created in the nineteenth century. There are about 2000 cypress trees along this scenic road. The Viale dei Cipressi runs from Bolgheri to Oratori di San Guido. This beautiful little temple was built in the year 1703 to honor Saint Guido. The temple was commissioned by the powerful Gheradesca family to commemorate this hermit who lived in the 11th and 12th centuries.

The town of Bolgheri is internationally known for its delicious Sassicaia wine. This we can only be made by the wine castle Tenuta San Guido which you can find on the Viale dei Cipressi near the Oratorio di San Guido. The wine was first made in 1944 by Marquis Mario Incisa della Rochetta who brought grapes from France to imitate that delicious French wine himself. He planted grapes from the Bordeaux region on his land and this was the starting point for producing one of Italy’s best-known wines. The prices of the Sassicaia bottles range from about 100 euros to several thousand euros. There are also other wines from Bolgheri such as the Bolgheri Rosato, Bolgheri Bianco and the Bolgheri Sauvignon. These wines are more affordable and according to many also very tasty.

Bolgheri’s oldest building is the Chiesa dei Santi Giacomo e Cristoforo. The façade of the church is still in traditional style but the interior was completely renovated in neo-Gothic style at the end of the 19th century. You can find the church by going right after the entrance gate of the town. A visit to Bolgheri is well worth it when staying in the western region of Tuscany.

It is worth visiting the nearby beautiful stone-built town of Casale Marittimo. Casale Marittimo, built on the hill of Poggio al Bruno has been awarded an Orange Flag Prize. This stands for the ‘seal of tourism and environmental quality’, and so visitors can be sure that a day trip to this place will be fun and interesting. One of the biggest tourist attractions in Casale Marittimo are the Etruscan tombs, dating from the sixth and seventh centuries. The most famous tomb was discovered by accident in 1896 and dates back to the fifth century. The tomb was of a very rich Etrusk and was very decorative; There was even a thorlos, a kind of false dome. Another tomb you will certainly want to learn about is that of a wealthy, Etruscan family. The inner tombs form a circle, with the head of the family in the most prominent position. Artifacts were also placed in the tomb because by the end of the eighth century the Etruscans had developed the belief of using these artifacts in the afterlife. The famous ‘warrior princes’ statue was discovered in this tomb. You can also visit an area where two Roman villas were discovered in 1937. This is a good example of the transition from this area from Etruscan to Roman, about which the visitor can learn much more during a tour of these fascinating places.

After a morning of archaeology, the visitor can enjoy a walk through the circular town of Casale Marittimo. The streets all lead in spiral form to the top of a hill from where you have spectacular views of the countryside and the sea. The view and delicious smell of salty sea air and fresh, flowering vegetation is a real treat. Enjoy a tasty lunch of bruschetta with local olive oil and fresh tomatoes. Casale Marittimo is very proud or its own olive oil and, like any other area in Italy, they claim it is the best. Of course, you can only confirm this by tasting! The dish goes very well with the local “pancetta arrotolata”, a spicy and salty, rolled bacon.

There are great hiking trails in the area to take a stroll around the town, for example to visit the Palazzo della Canonica, a famous 15th-century building that was often re-furnished and to which 20th-century architecture was added. The nearby churches of St. Andrew and St. Sebastian contain beautiful Renaissance architecture and frescoes, and are well worth a visit. Visitors will feel welcome in this beautiful town to spend a beautiful day!

Suvereto: one of the most beautiful villages in Italy

Suvereto is a small village in the central western part of Tuscany in tuscany province. Suvereto is one of the most beautiful villages in Italy and is listed on the “I Borghi Piú belli d’Italia”, a list of italy’s most beautiful villages. The historic centre of the village is located at the highest point of a hill. The centre of Suvereto is car-free and the parking spaces in the region are minimal, especially on days when there is a market for the entrance to the village. Before you enter the village through the old city gate, you will first come across the Chiesa di San Michele Arcangelo from the eighteenth century. If you visit the church, pay attention to the beautiful mosaics at the font and against the walls.

Another attraction is the fresco which seems to go hidden behind a wall. Once through the city gate you will immediately come across the church followed against the chiesa della Madonna di sopra la Porta from the fifteenth century. This church was given a major refurbishment in the eighteenth century after a painting of the Madonna saved the village from drowning. This miracle of the Madonna is one of the most important legends told about Suvereto. Another attraction in the village is the Palazzo Comunale. This former palace from the thirteenth century is in possession of a magnificent façade and a bell tower.

The main attraction of Suvereto is the castle La Rocca Aldobrandeschi. This castle can be found at the highest point of the village. It can be reached via a narrow footpath and a staircase. Once upstairs you will find out that the former castle has been beautifully restored. In the old castle several walls were installed in the nineteenth century, making it a more liveable castle. The outside and courtyard of the castle can be visited for free which unfortunately does not have the inside.

Link to a map with all the historic towns nearby.

Additional information about the Etruscan coast can be found in the link . 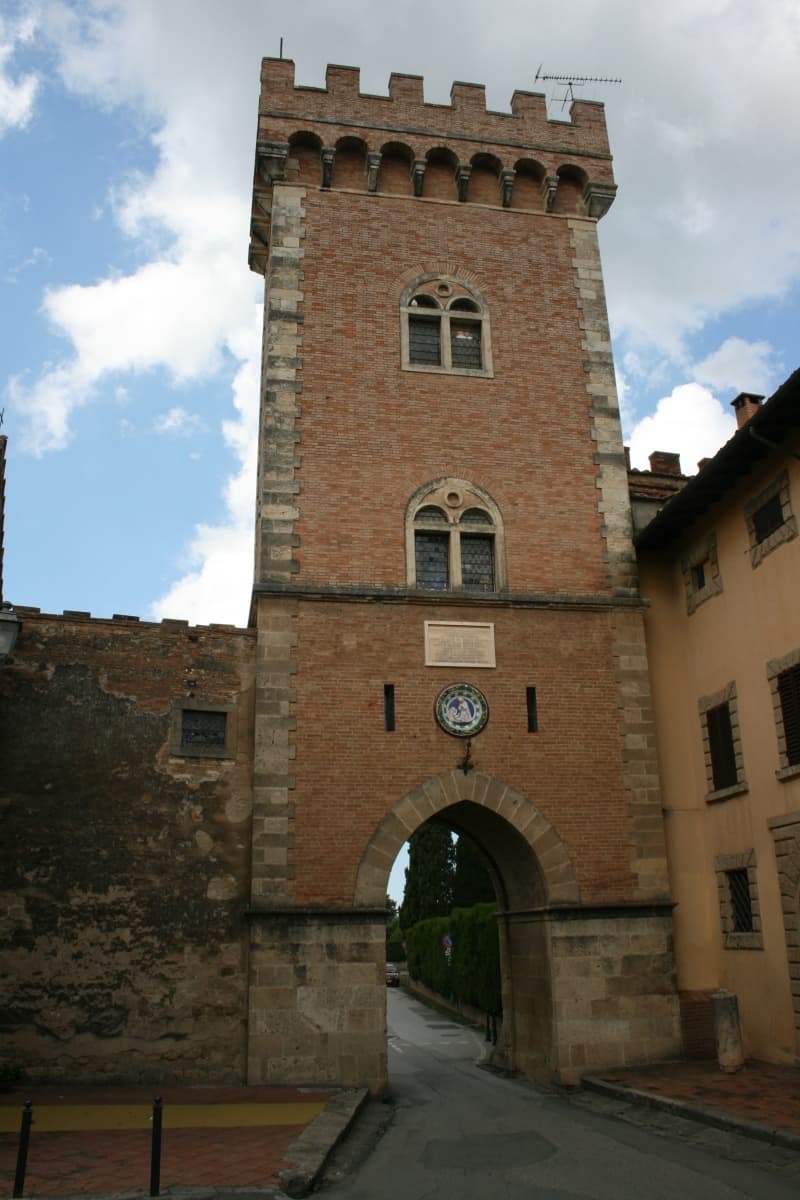 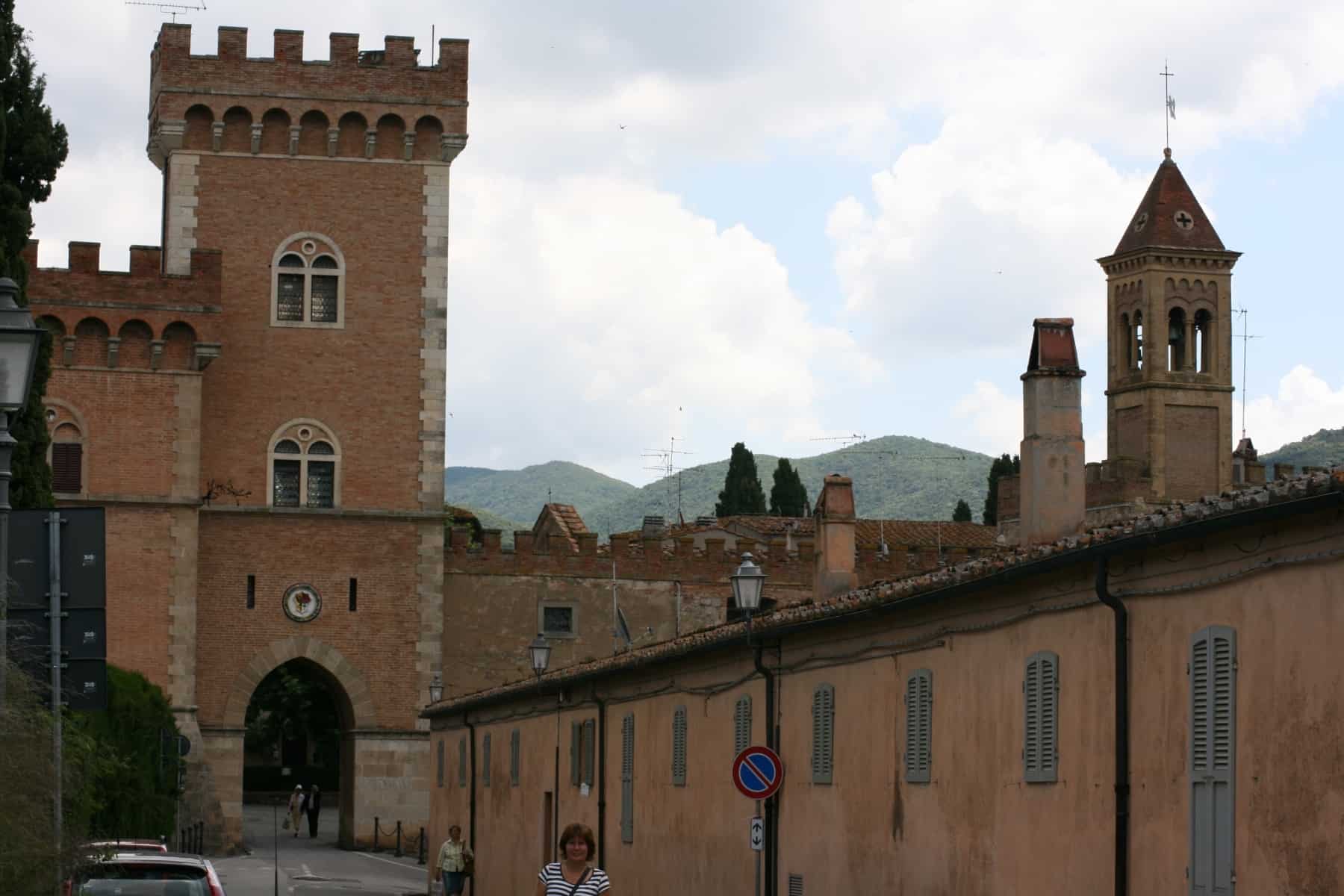 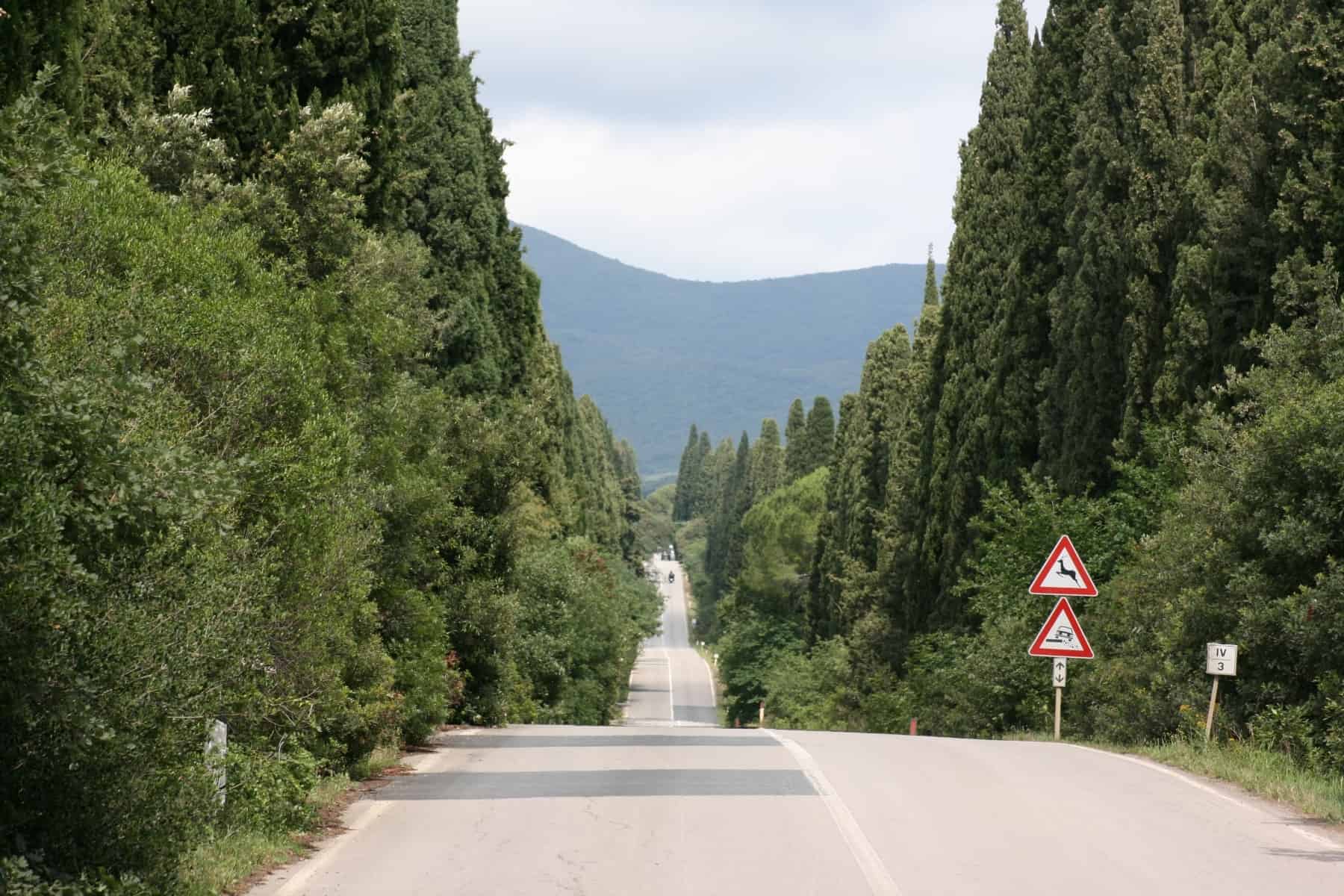 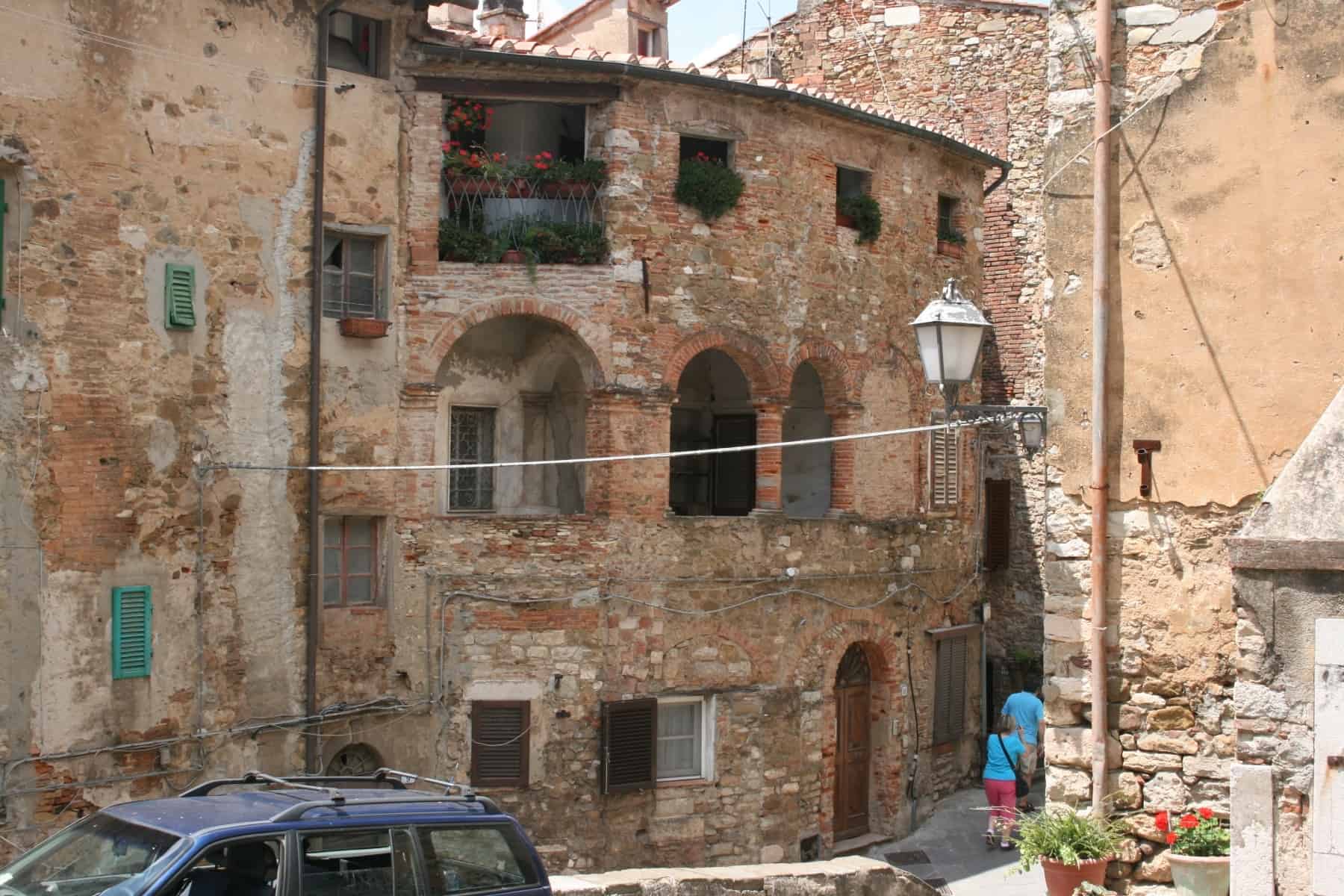 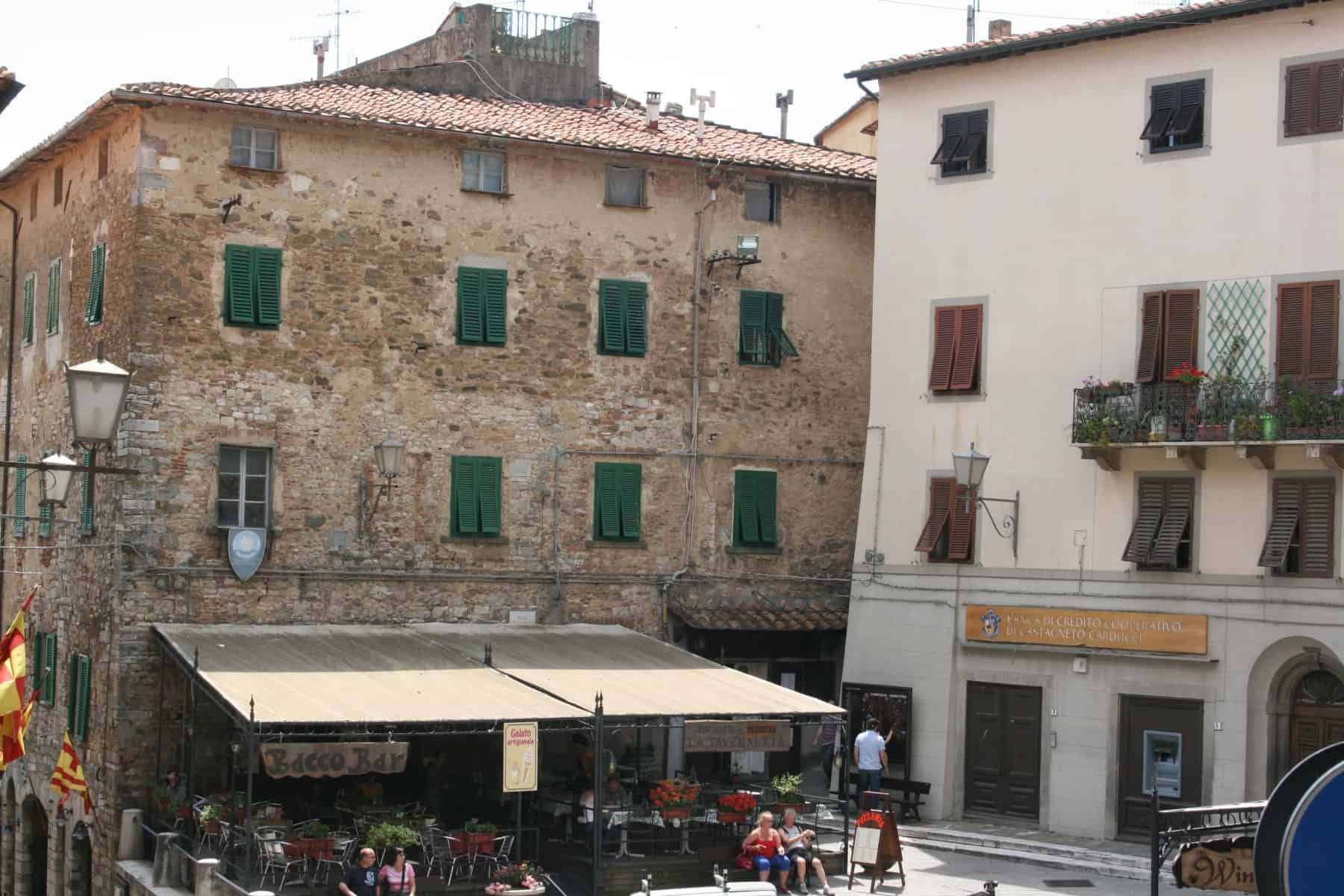 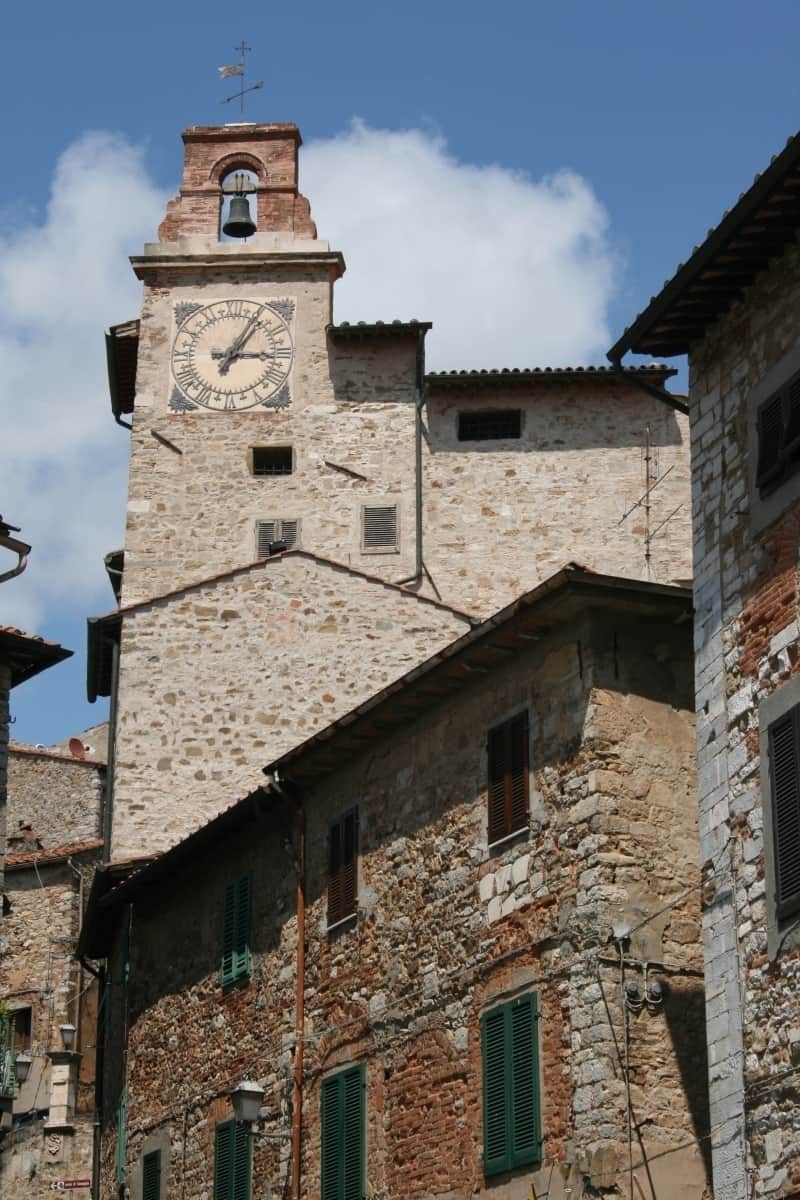 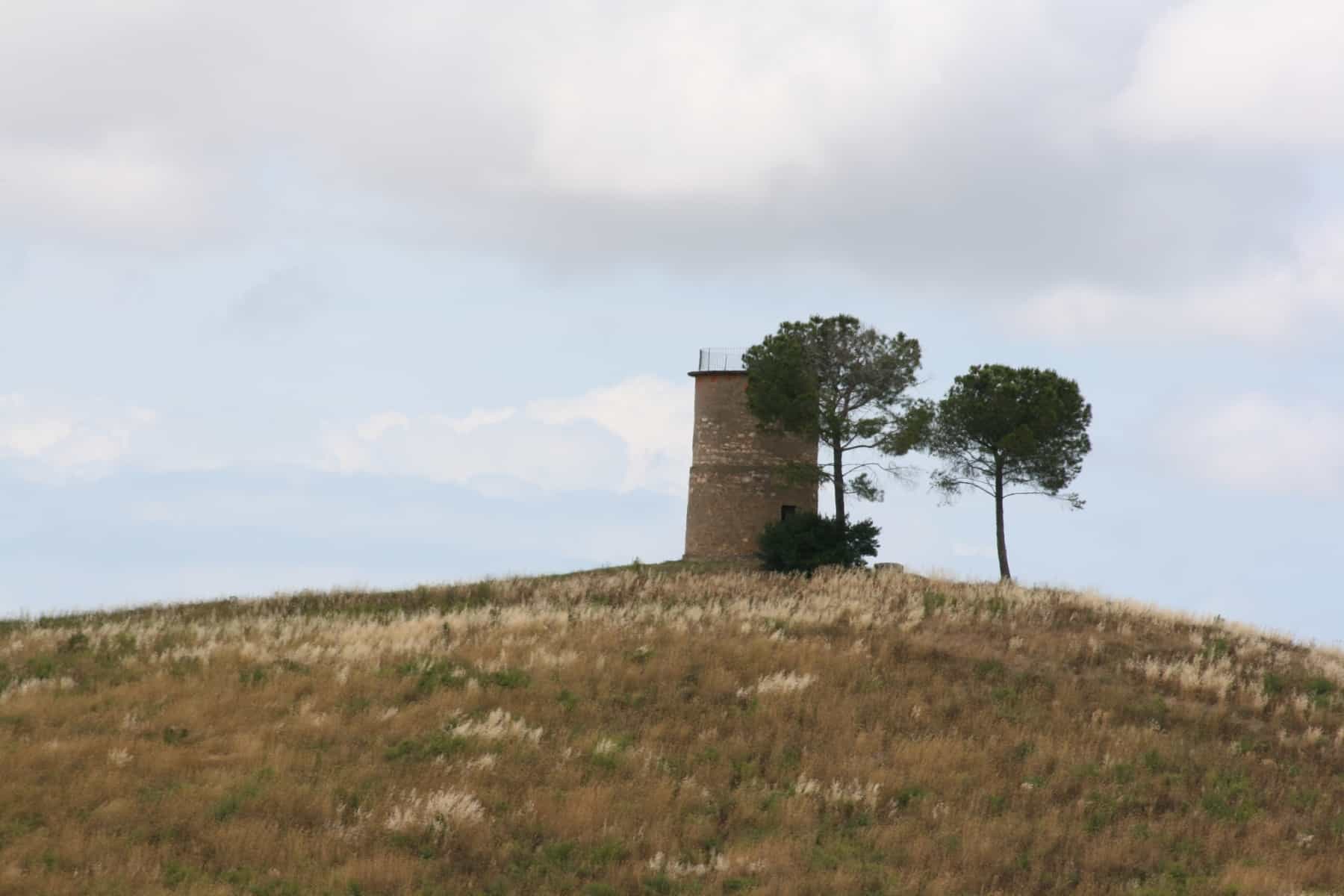 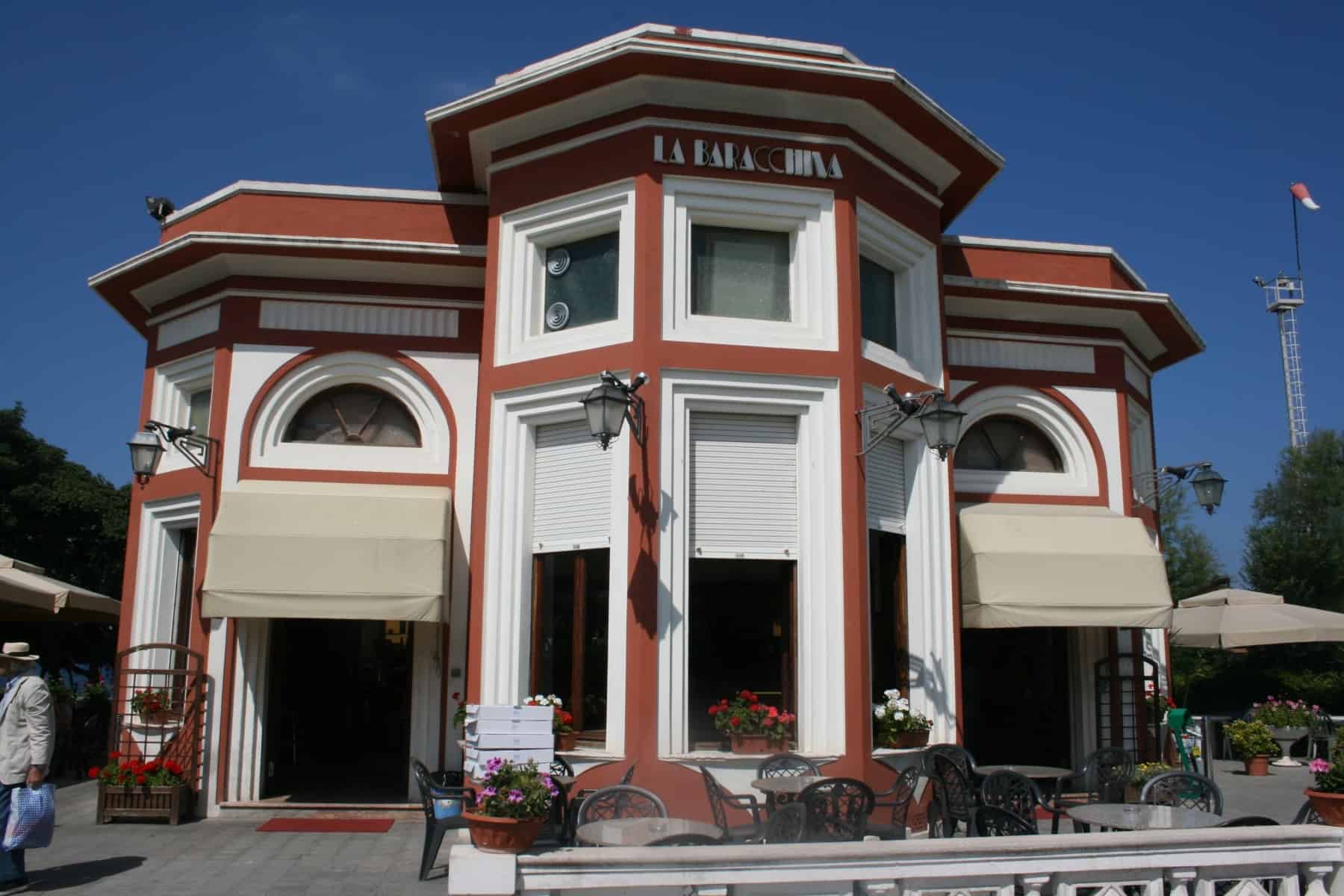 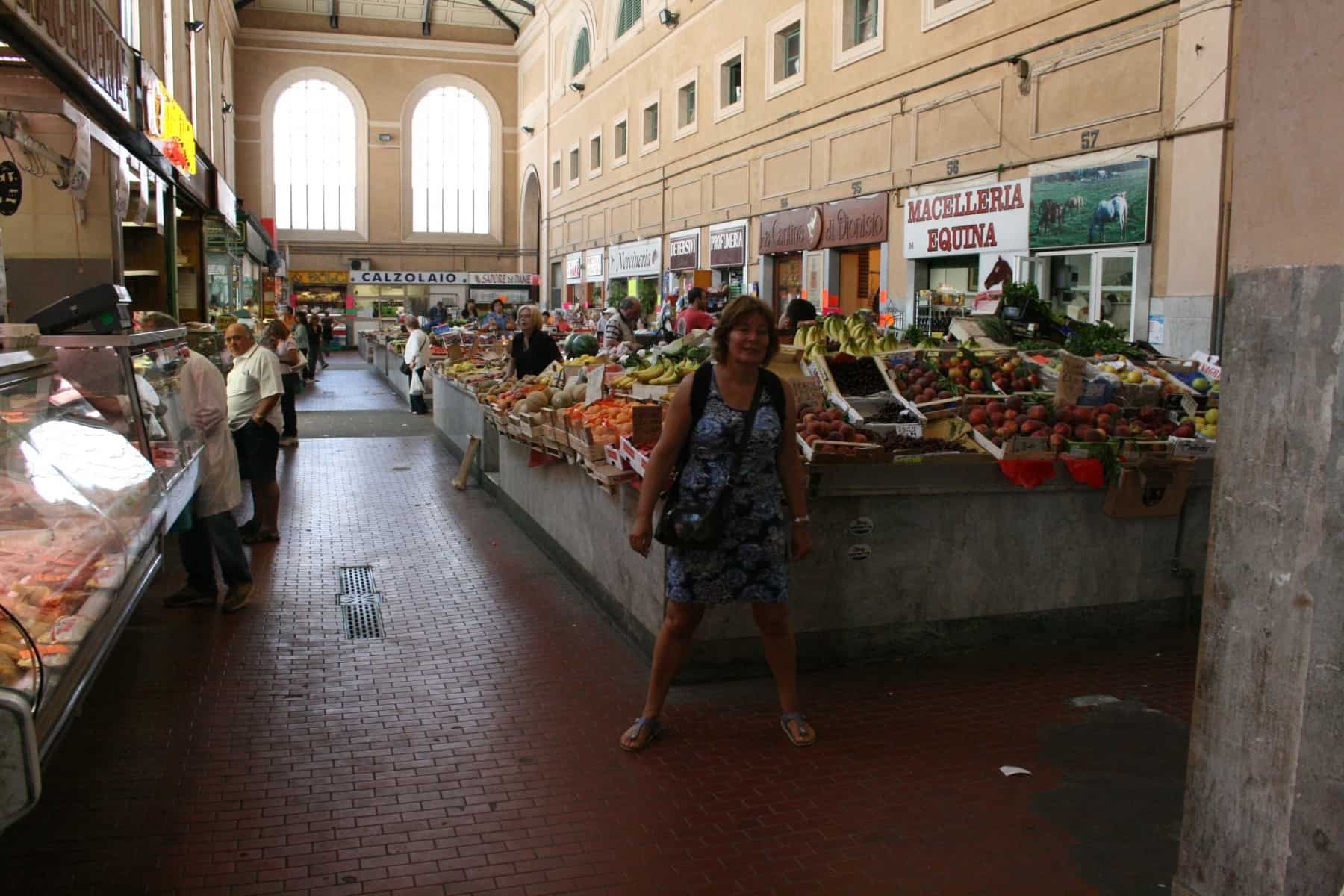 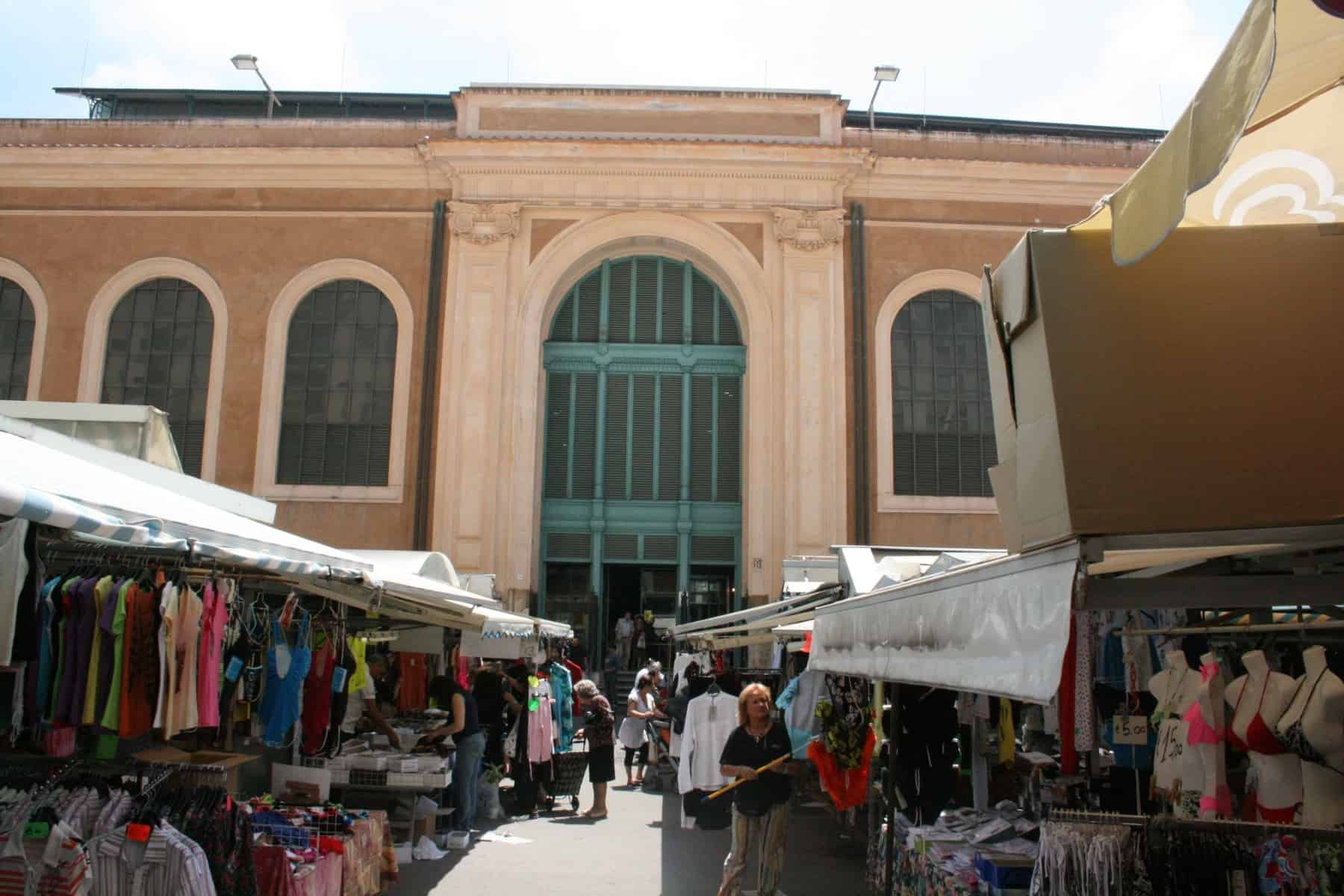 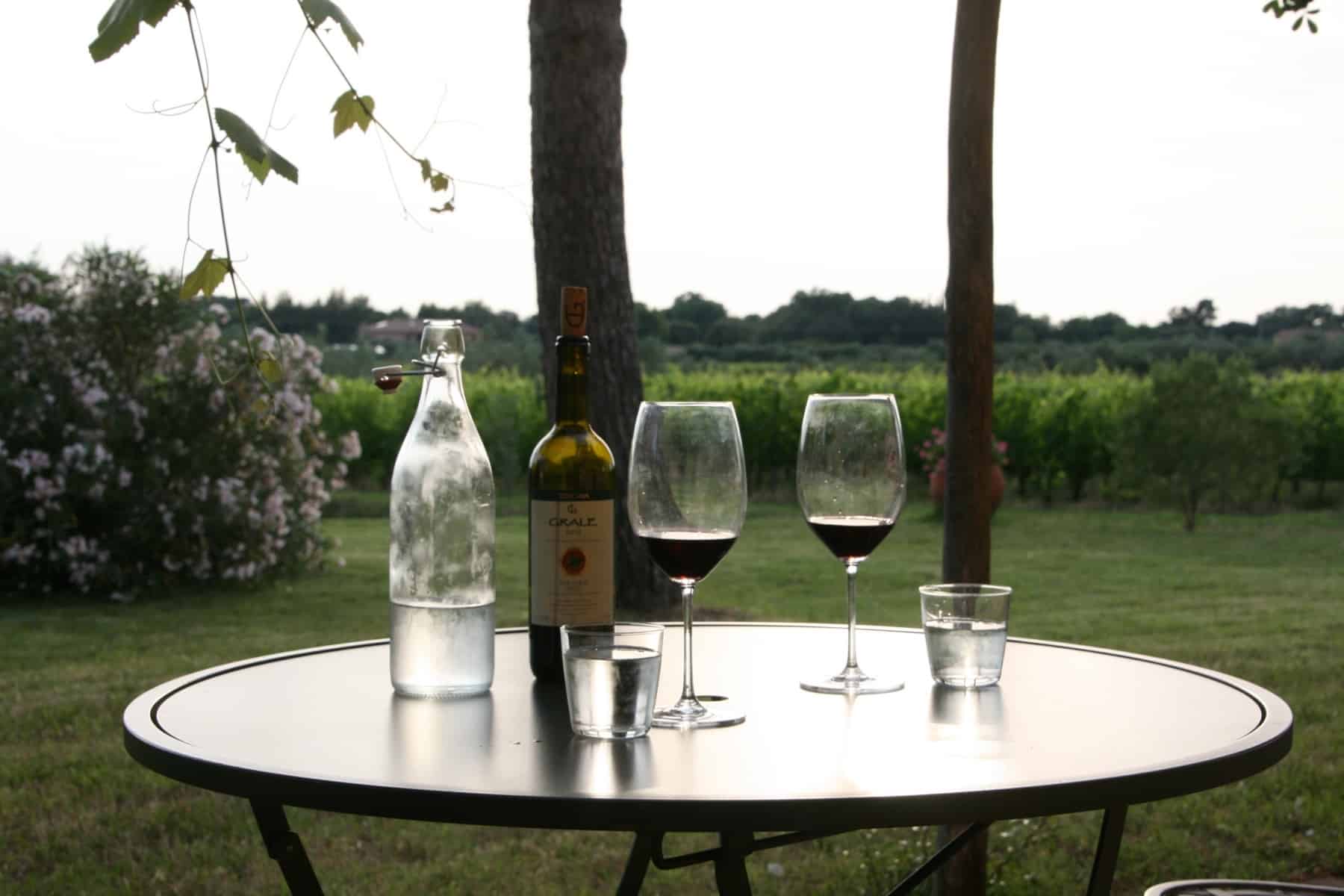 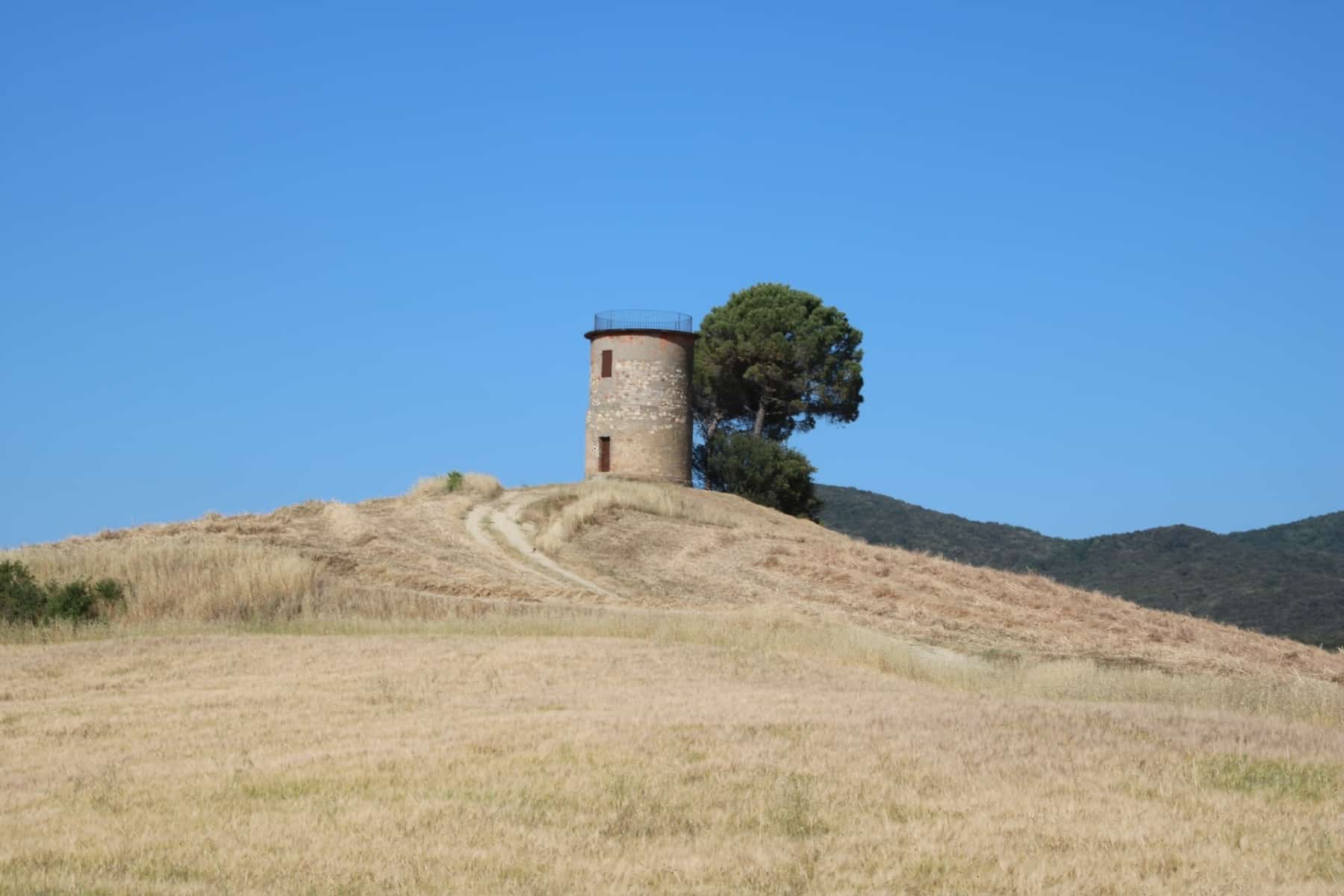 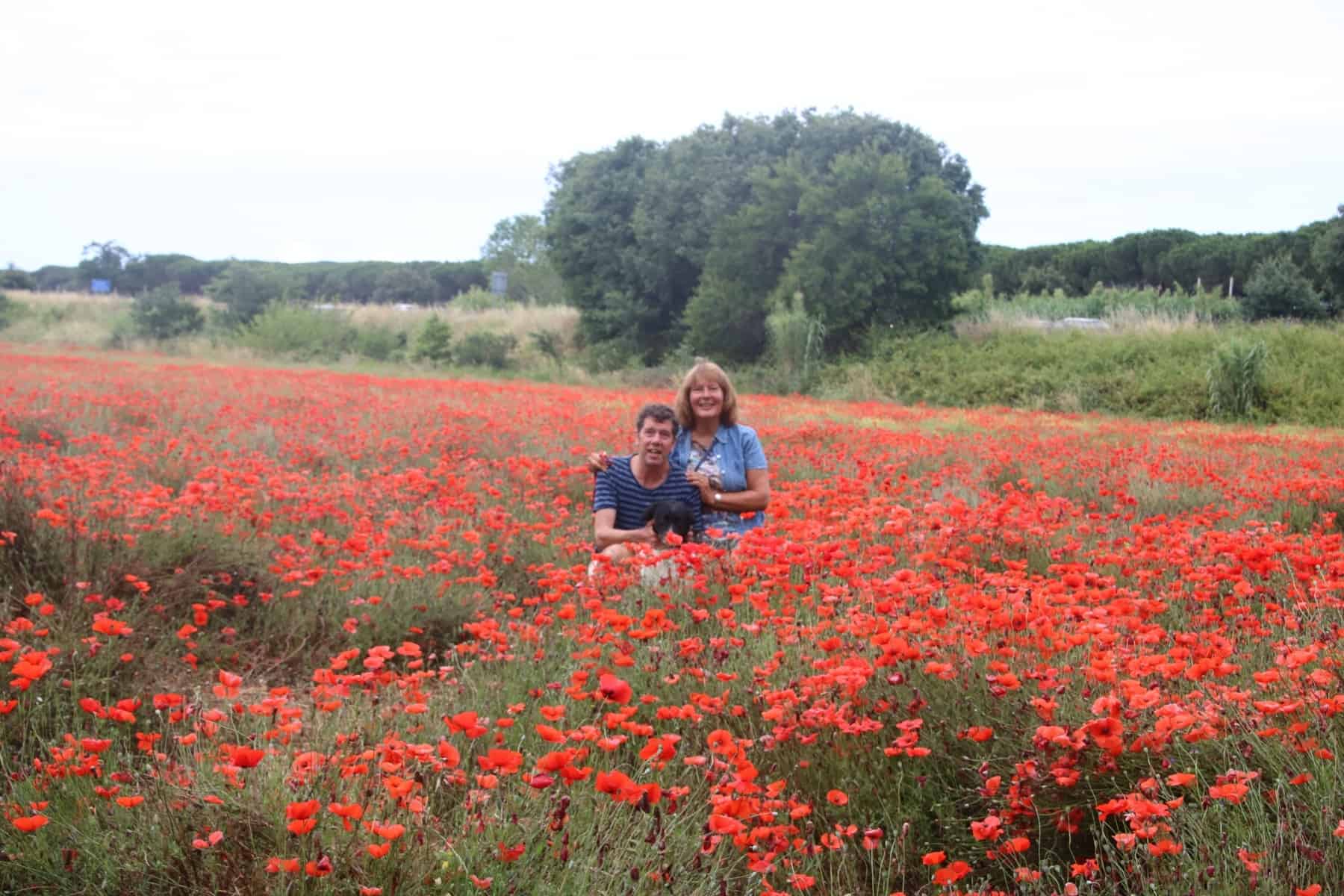 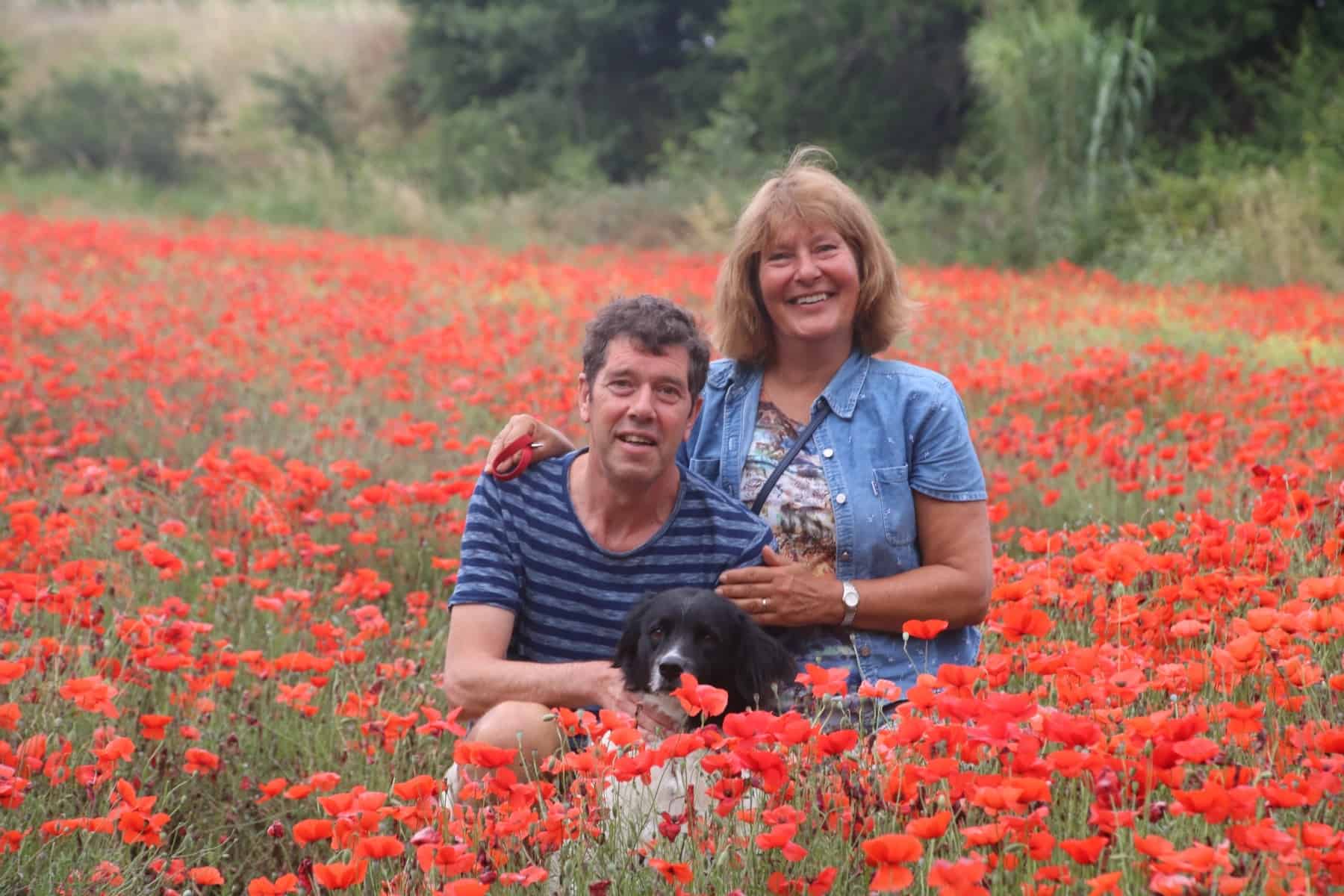 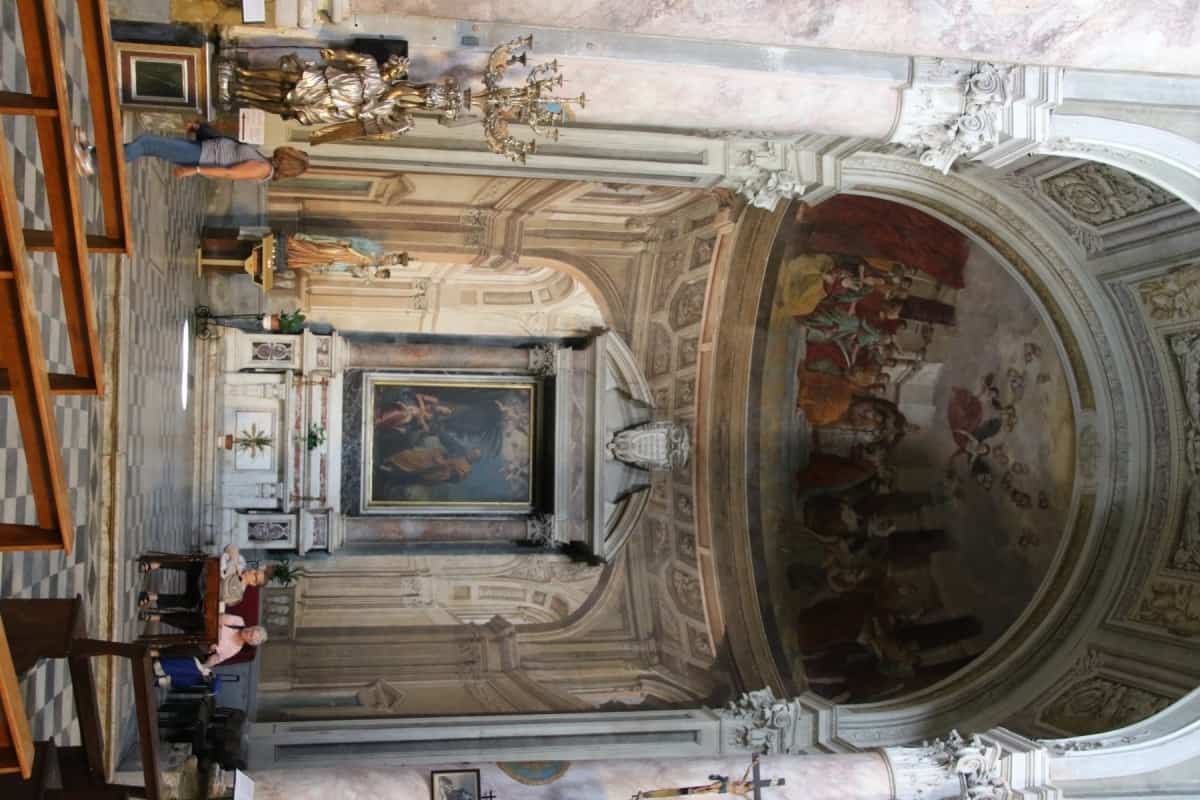 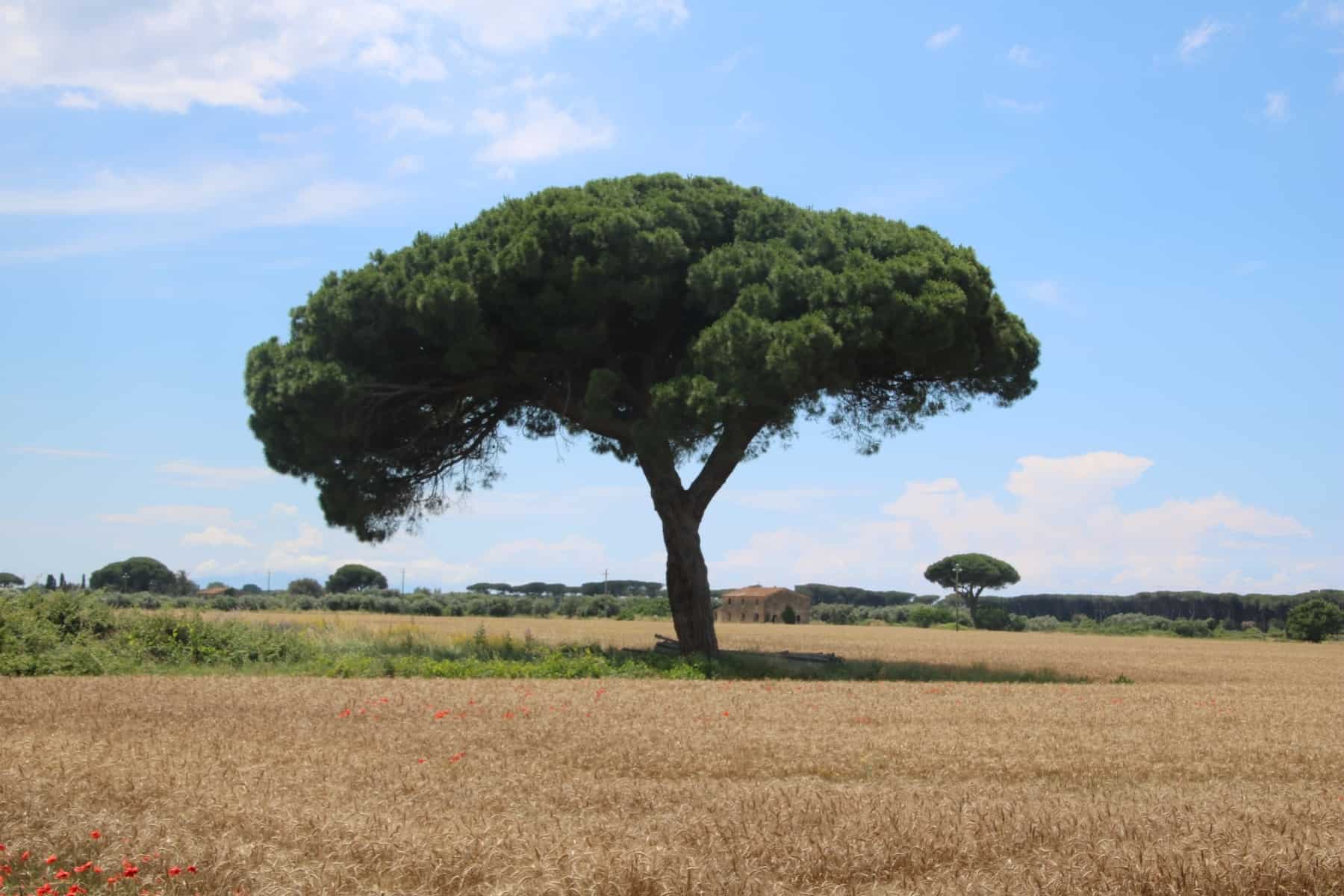 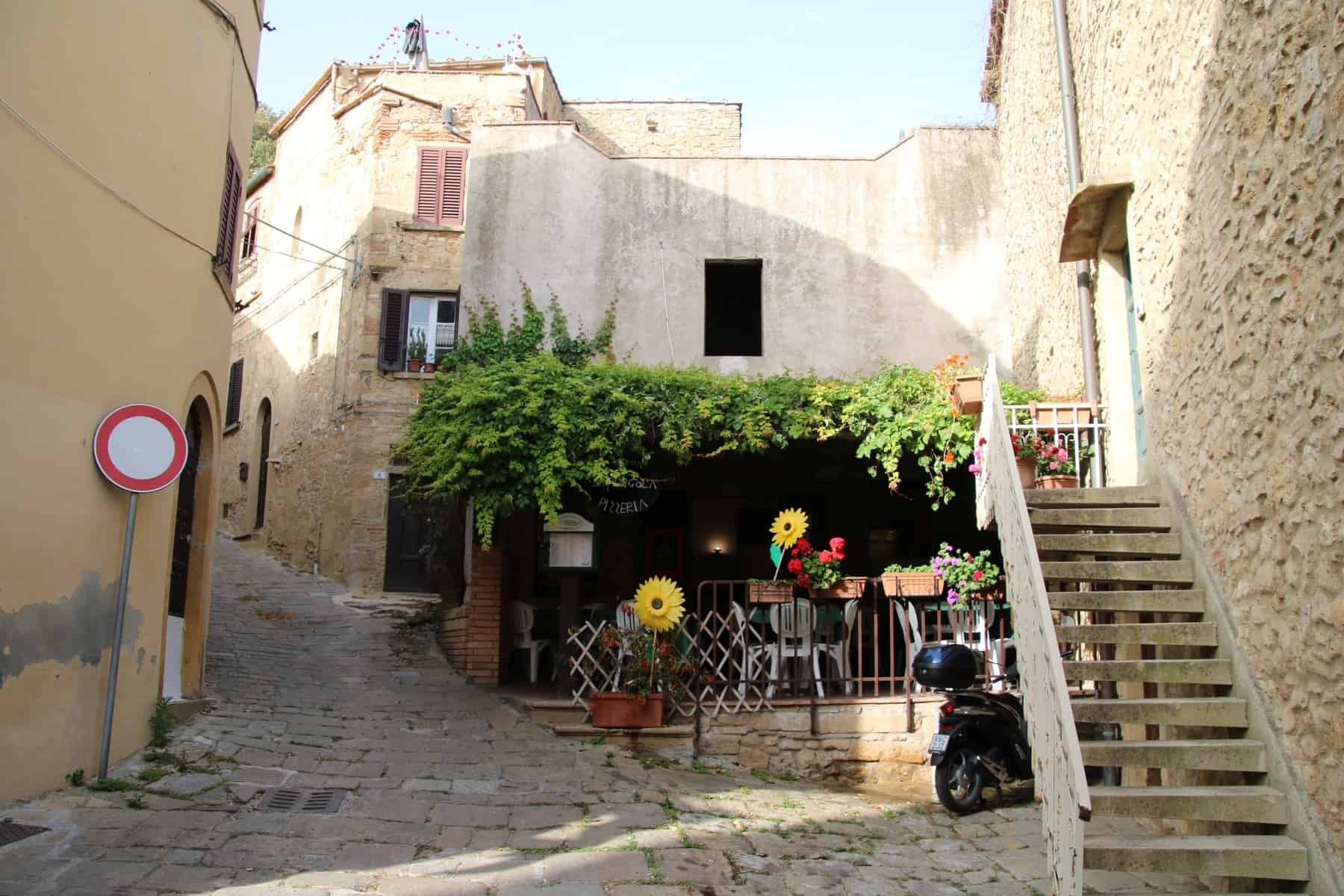 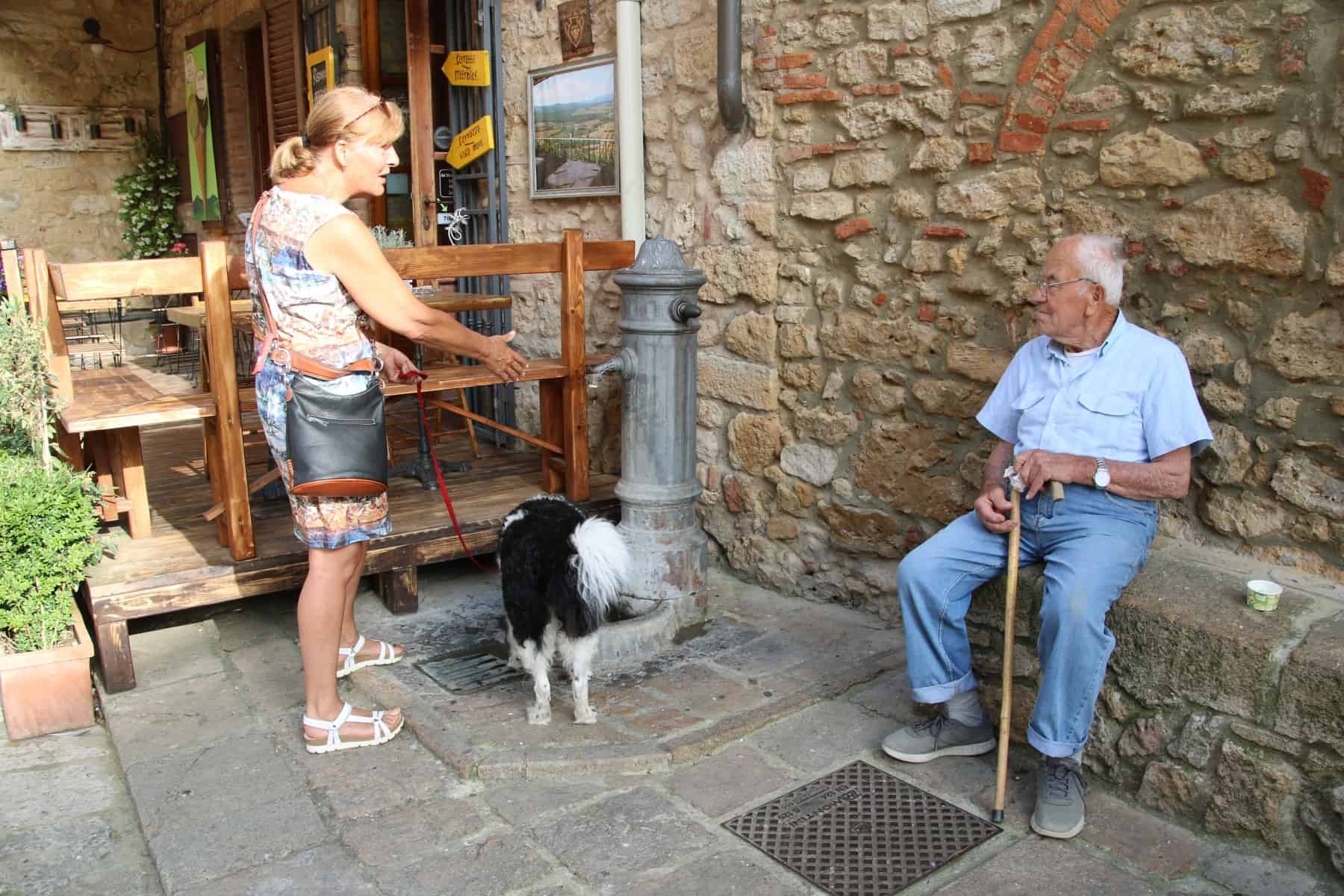 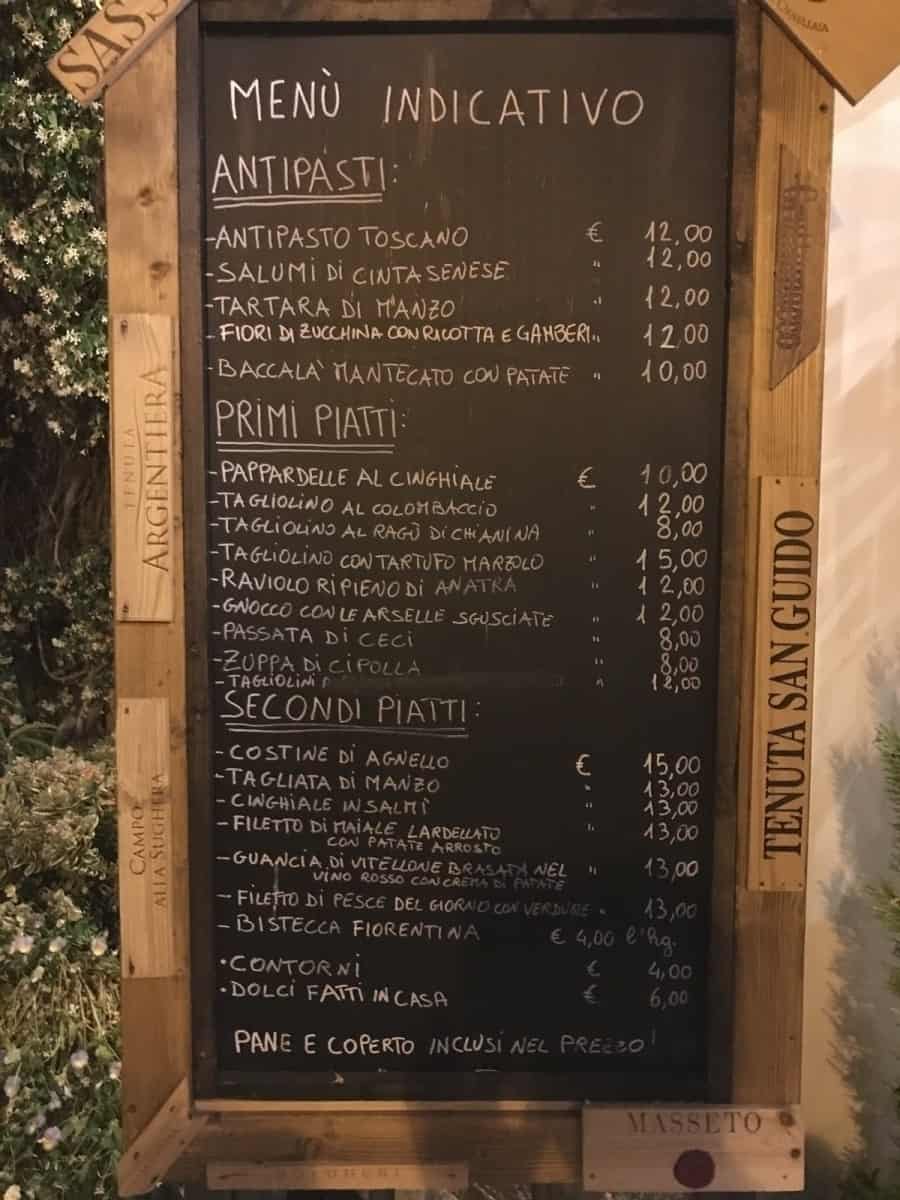 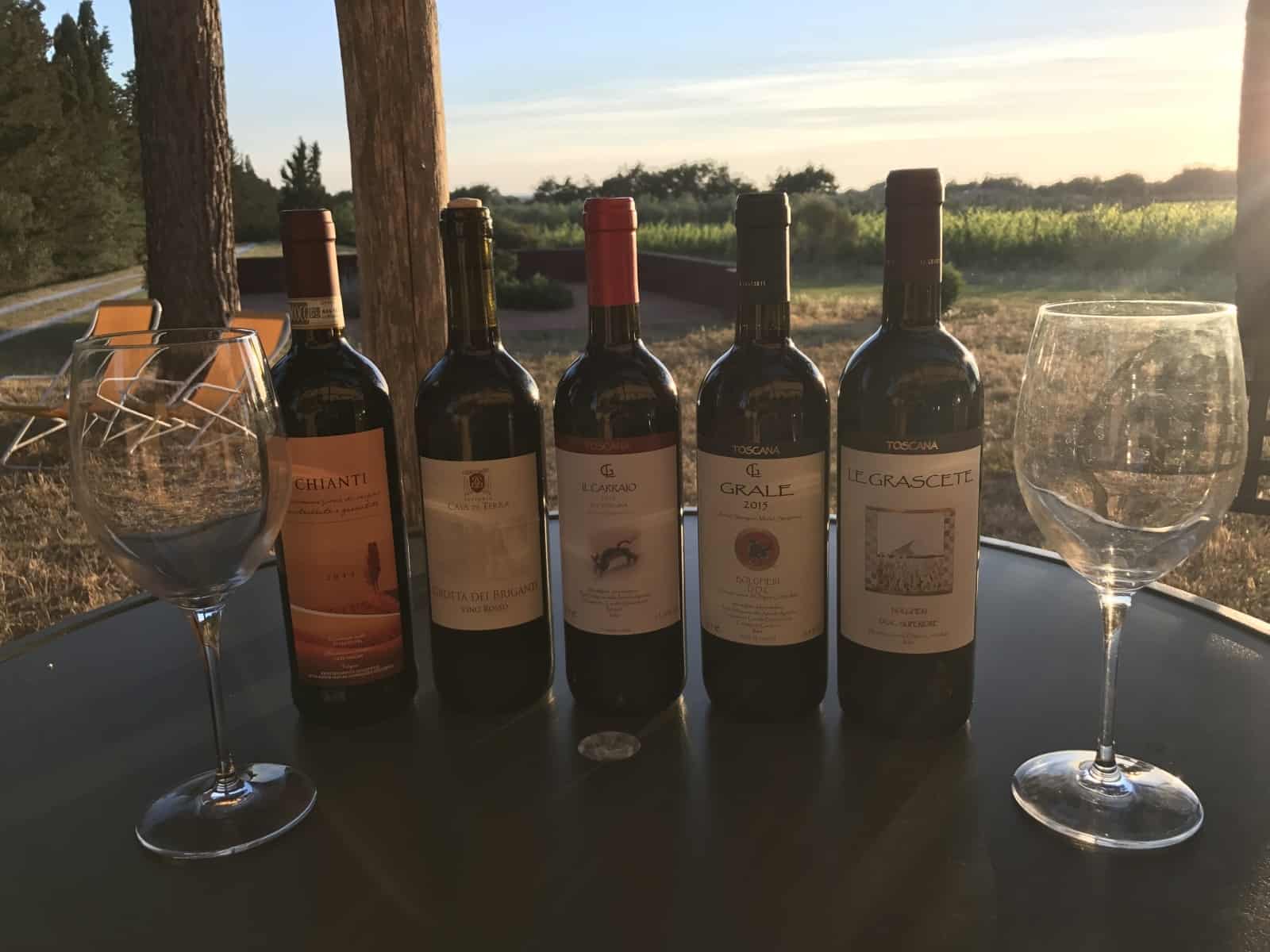 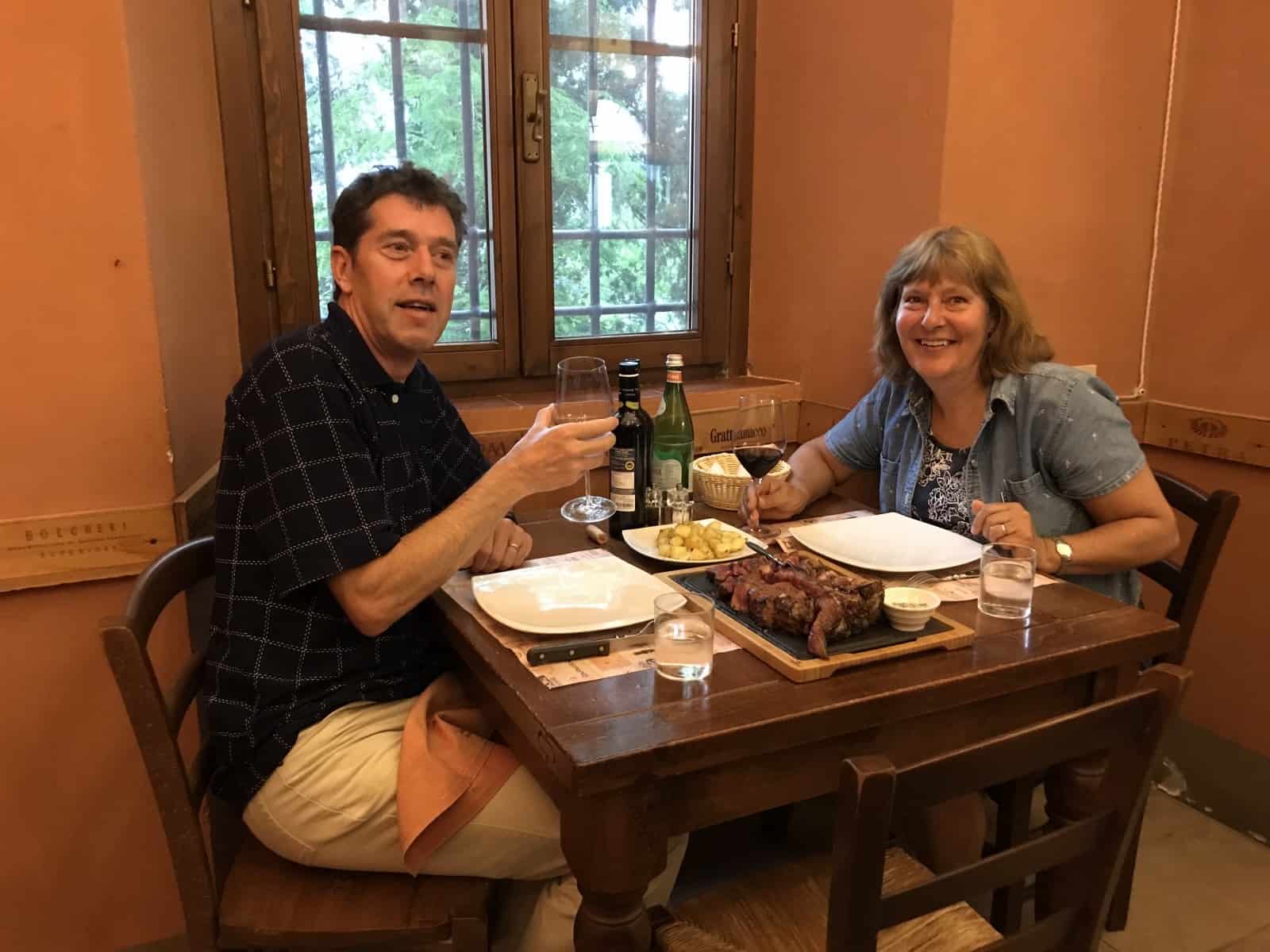 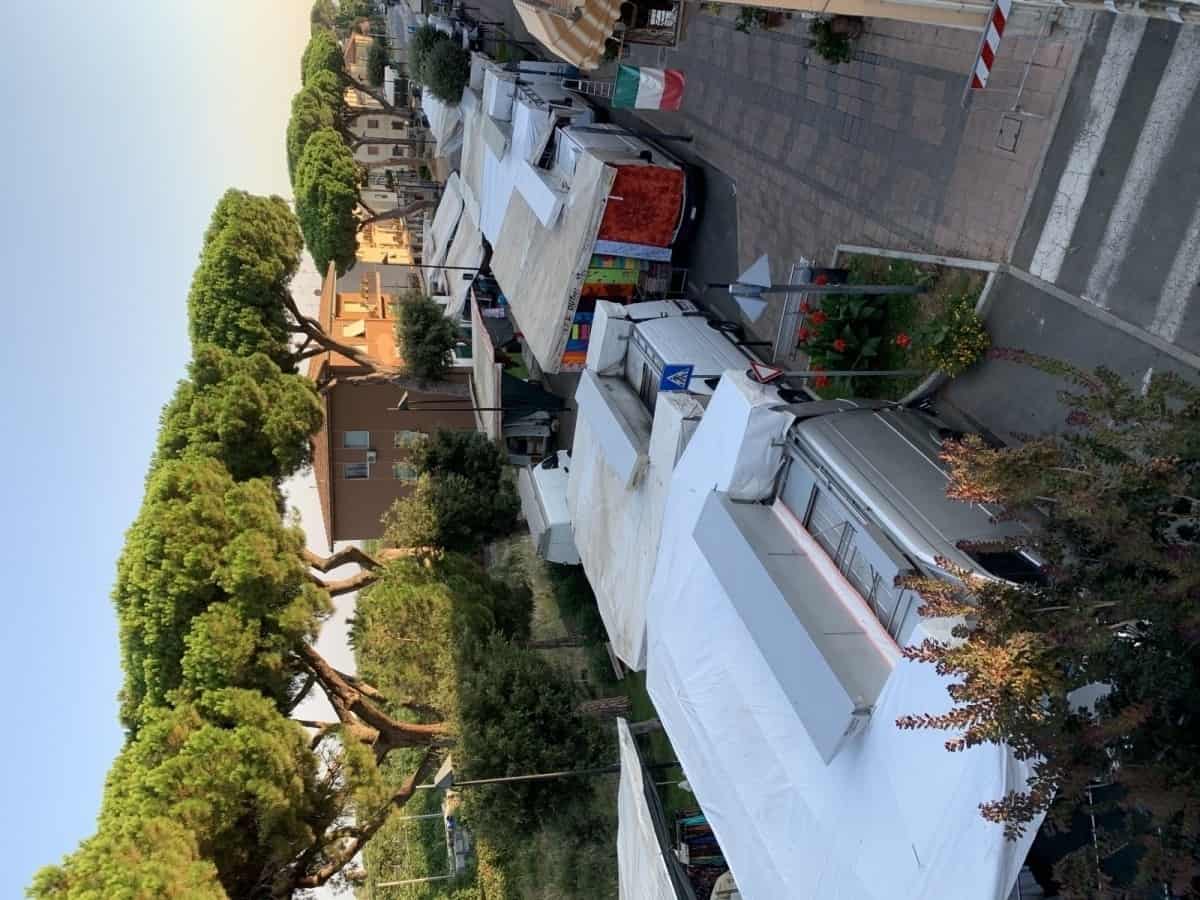